Years of study of ancient beliefs and myth have brought many rich symbols into Marston’s art. 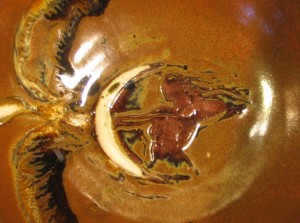 Artemis is the eternal maiden, whole and unto Herself, the original meaning of virgin. She represents the wild cyclic forces of Nature, life and death, the hunter and the hunted. She is protector of the forest and midwife to all mothers. She is an example of a pre-patriarchal goddess brought into a male pantheon. She is brought into imminence through ecstatic dancing around a sacred tree.   The bear and deer are her totems.  She never marries, preferring to remain free in the forest with her maidens. 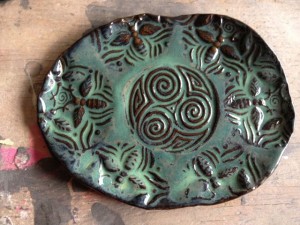 The triskelion is an ancient Celtic symbol representing the eternal interconnected cycle of Life, Death, and Rebirth.  Also known as Mother/Maiden/Crone  it also represents the trinities of Mind Body Spirit – Past Present Future – Mother Father Child – Below Middle Above (worlds) – and Father/Son/Holy Ghost (with the Female principal being the Holy Spirit). 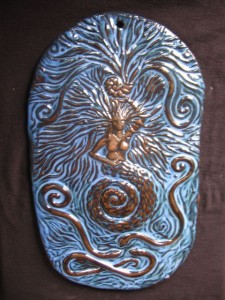 Yemaja is the big Mama, Goddess of the Ocean, where all life started, and she protects all children. She is an Orisha from the Yoruba Culture located in West Africa and since migrated to Brazil, Haiti, Cuba, and South America. Typically she is portrayed with torpedo breasts and fang teeth with split tail and wild hair.  Caring and nurturing she can also be wild and fierce.  Marston’s Yemaja cups the energy of creation in her belly where it then spirals out the conch shell at the top in waves.

Maxx the dragon is a male archetype created by Marston who realized her dragon was definitively male when he came out! and recognized that men also need new models to connect, embody and learn from. He represents the playful, powerful, young male energy. He is adventurous, sexy, and mischievous. He is fire and water, dancing into infinity (see the infinity symbol in his tail), breathing the currents of creation, supporting life force. He changes the world by being his own true self. 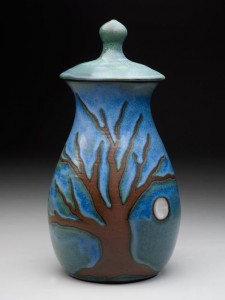 The tree of Life, First tree, is one of the most common symbols in the world and is in many creation stories. Rooted in the Earth and reaching for the Heavens, it symbolizes the three worlds of Underworld, Middle or everyday, and Heavens/stars. Our spinal cords were seen as trees and indeed the placenta looks like a tree of life. We are the connection between up and down, life and death. Trees call to Marston due to the anthropomorphic qualities they have. 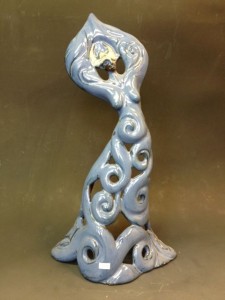 This design was created as a doodle and came to personally represent Marston or any woman marching or dancing into the world with purpose , determination and curve. The design is appearing in many places by many people apparently as a unconscious collective symbol. 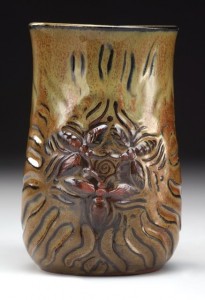 Bee Goddesses, carvings, and “cults” are found in many places worldwide . Bees in general are seen as sacred for the pollination to bring food, the nourishing and healing liquids they produce and the female structured society. Bee Priestesses were known as Mellisaes or Deborahs. Raw honey is becoming more widely known for its antibiotic, antifungal, and antibacterial healing properties – basically it will kill all the bad stuff and leave the good.  Its what we used before antibacterial medicines came out where it was then relegated to the kitchen.  It heals from the inside out and is used for severe burns, bed sores, eye problems (yes, serious ones) bowels and more. Heated honey is sugar. 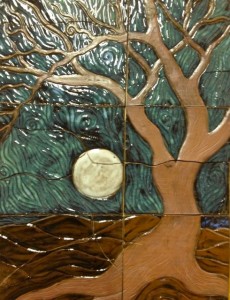 Women’s cycle of becoming full and releasing/withdrawing into the dark every month. The are 13 moons in a year as the cycles of women. A way of honoring the nourishing dark, dying times that bring life.

“My pottery skills and style exploded after discovering I had my own shamanic, Earth-based spirituality.  It is deeply symbolic and a joy to create!  Basically I look for the perfect curve… the female form and  circular, sacred ways of thinking inspire  my life and work.”  - Marston Blow 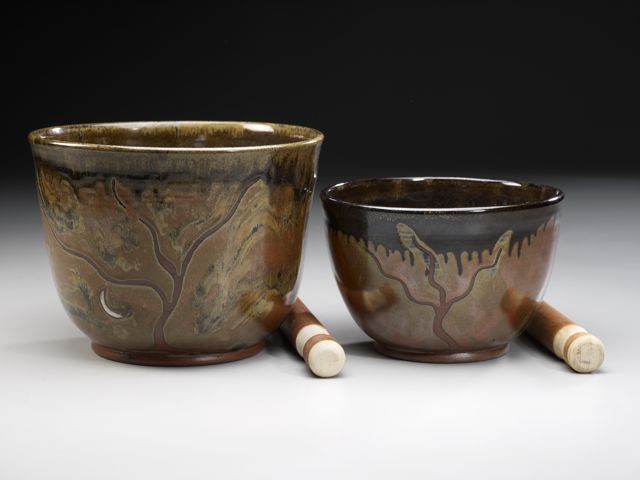 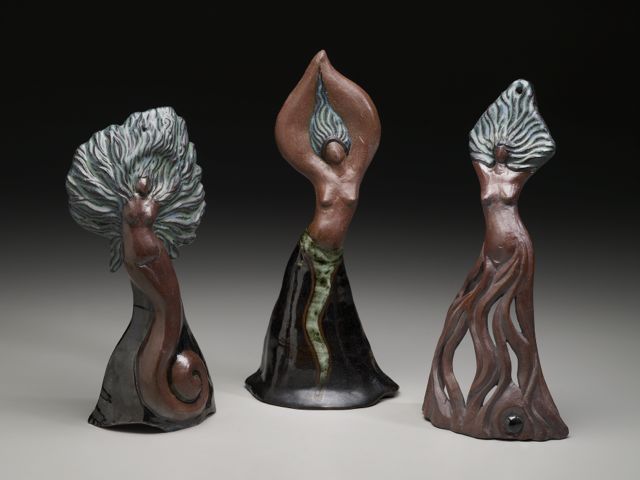 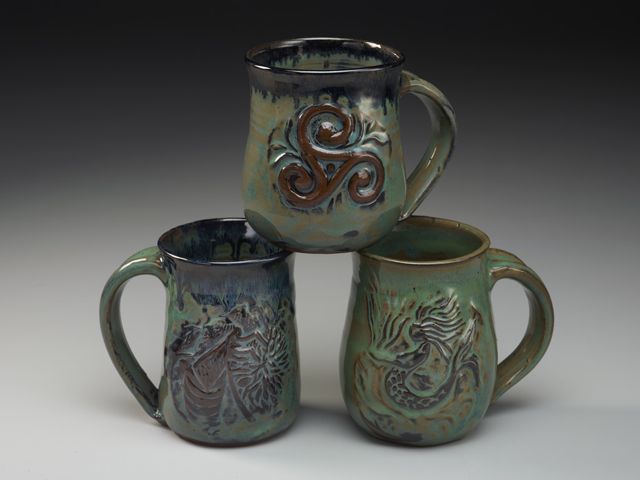 While living at Arcosanti, an architectural community in Arizona, Marston was introduced to nature based experiences like drumming, sweat lodges, the phases of the moon, sustainability and general planetary thoughtfulness.  Her biggest transformation came after taking her ﬁrst Women’s Spiritual Journeys class with Kim Duckett.  In late 2014 she left Asheville on a pilgrimage to America’s few Goddess temples to be of service and become recharged by the West, to return with renewed vitality.